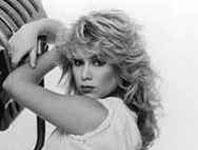 In 1992 the BBC reverted to one well-known singer to present eight final songs. The first choice was West-End crooner Michael Ball. Several long-standing Song For Europe contributors were present in the final, a final which contained several classic ballads. The British public however showed it had still not lost the knack of automatically going for the “bouncy one” and so “One Step Out Of Time” went to Malmo where an impressive performance lifted the song to second behind an Irish ballad that was arguably weaker than some of Michael’s SFE songs.
It all happened again in 1993 as Sonia showed us that she could handle a variety of styles quite different from her Stock Aitken Waterman back catalogue. The viewers again went for the predictable, bouncy and quite retro “Better The Devil You Know”, and once again a professional show saw the UK finish runner-up to, you guessed, another Irish ballad.
In 1994 there was no opportunity to vote for the bouncy one as there wasn’t one!. Frances Ruffelle (who?) sang six songs that ranged from midtempo to downbeat, to a generally underwhelmed public. There was a note of controversy when Ruffelle wore a patriotic T-shirt during “Lonely Symphony” which many inferred as a subtle message to vote for her own favourite song. The song was indeed chosen, but was renamed and re-arranged with a much chunkier backing track for the Eurovision final.
As the BBC were again having trouble finding artists another new approach was needed for 1995 and veteran pop producer Jonathan King stepped in to take charge of the selection. The end result was a very successful final in commercial terms which saw both the winning song and the third place song by Deuce crack the UK top 10, and entries by Dear Jon, Londonbeat and Sox (featuring Samantha Fox) made the lower reaches of the top 75.
King stayed in charge for 1996 but the SFE was renamed “The Great British Song Contest” and was scaled down to a four song final after a semi-final presented on BBC1. Gina G romped to victory and a worldwide smash, the only other notable performers were hitmaker Zeitia Massiah and moderately successful boy band Code Red.
The same format continued in 1997 but the semi-final was sadly relegated to Radio 2 morning show listeners, a process that would stay in place for the next six years. Katrina & The Waves were the only remotely well known act, and eased to victory with few problems.
1998 saw the UK defending it’s title in Birmingham and in a relatively close four way vote Imaani saw off her rivals, which included “I’ll Never Be Lonely Again” by Sapphire, which went on in remix form to become a club hit around the world. The last three years had seen “The Great British Song Contest” produce a winner, a runner-up and a worldwide smash single. Little did we know what lay around the corner.