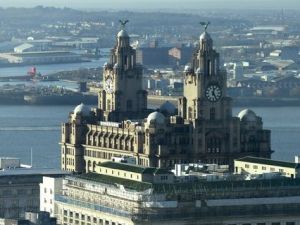 The sixty seventh Eurovision Song Contest will take place in May 2023.   As reigning champions Ukraine would normally have been expected to host,  however given security concerns brought on by the ongoing Russian invasion the European Broadcasting Union determined that the contest would have to be staged elsewhere, and it was announced on July 25th that the United Kingdom (as runners-up) would be hosting the event on behalf of Ukraine.   On August 12th the BBC announced a shortlist of seven cities:   Birmingham, Glasgow, Leeds, Liverpool, Manchester, Newcastle and Sheffield.  On September 27th this was reduced to just Glasgow and Liverpool,  and on October 7th Liverpool was announced as the winner.   It was also announced that the Grand Final will be on May 13th with the semis on May 9th and 11th.

On 31 January the semi-final allocation draw will take place at St Georges Hall in Liverpool,  where the thirty one countries competing in the semi-finals will be drawn into either the Tuesday or Thursday semi.   Prior to the draw these countries are divided into “pots” based on previous voting records, in an attempt to dilute diaspora/neighbour voting.

This section will expand over time as more is known about entrants etc.