A look at the basics of the 2022 Song Contest and the key landmarks in the build-up. 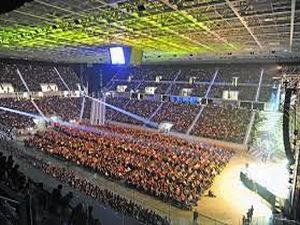 The contest will be staged in Turin’s Pala Alpitour arena.  The arena was constructed for the 2006 Winter Olympics when it staged the Ice Hockey.  In November 2021 it was the venue for the ATP Tennis Tour Finals.

Forty countries are scheduled to compete, with all 2021 entrants returning with the exception of Russia, who were thrown out after the invasion of Ukraine, while Armenia and Montenegro return after an absence.  The Big Five nations (Italy, France, Germany, Spain and the United Kingdom) have direct entry to the final whilst the remaining countries will compete in the semi-finals with 10/17 and 10/18 in each qualifying for the final.