A look at the basics of the 2021 Song Contest and the key landmarks in the build-up. 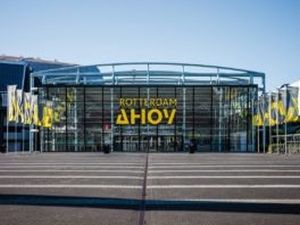 As you will know the 2020 Eurovision Song Contest was canceled due to the COVID-19 pandemic and many aspects of the contest will carry forward to 2021.  The contest will be staged in Rotterdam’s Ahoy arena.  The arena was opened in 1971 and has a seating capacity of 16,000.  It’s home to an annual tennis tournament on the ATP tour and has previously staged a European Indoor Athletics championship and Junior Eurovision in 2007. 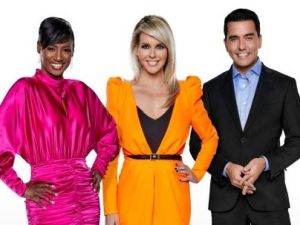 This years event will see three presenters.  From left to right we have Edsilia Rombley,  Chantal Janzen and Jan Smit.

Edsilia is well known to Eurovision fans, she represented the Netherlands at the 1998 contest in Birmingham where she finished a strong fourth.   She had a second go in 2007 but her entry failed to make it to the final in Helsinki.

Chantal is an actress, singer and TV presenter.  She has starred in Dutch versions of stage musicals including Beauty And The Beast and Wicked, and has hosted multiple TV talent shows.

Jan has had a successful singing career spanning over two decades, starting as a boyband member in the Nineties.  He went on to specialize in Dutch language songs and the “schlager” style, he has also been in the commentary box for Dutch TV at Eurovision.

Forty-one countries were originally confirmed as competing in Rotterdam, the exact same line-up as would have been in 2020, and the same number as in Tel Aviv 2019.  However on March 5th Armenia withdrew for financial reasons and on March 26th Belarus were disqualified for failing to submit a non-politicized entry.  Bulgaria and Ukraine return to the contest while Hungary, Montenegro and now Armenia and Belarus skip the 65th Eurovision.   The hosts Netherlands plus the “big five” of France, Germany, Italy, Spain and the UK are automatic finalists.   The other thirty-three will compete in two semi-finals.  As exactly the same line-up of countries were involved (bar Armenia and Belarus withdrawal) the organizers have retained the 2020 Semi-Final allocation draw that took place before the cancellation.